The Story of Service Industry News 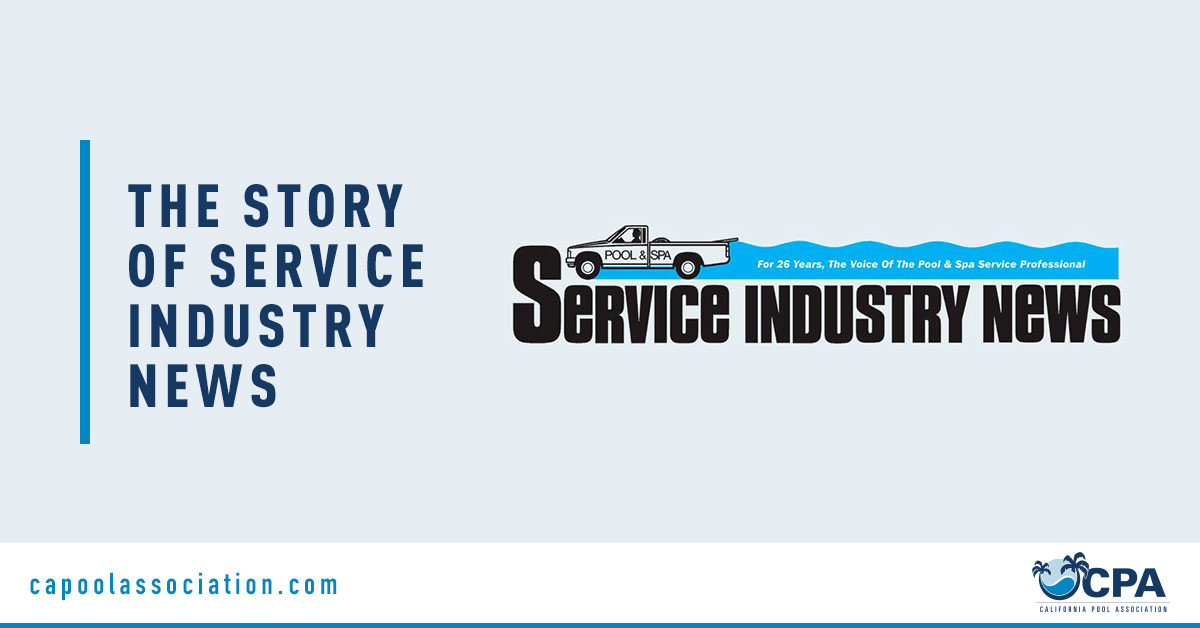 For nearly 30 years, one pool and spa industry publication has been written and edited solely to promote the educational interests of the professional service and repair technician.

Service Industry News was the brainchild of David Dickman and Bob Lowry, both industry professionals although they came from different segments — one a publications’ professional and the other a chemist.

After a career as the features editor at the Valley News in Southern California, David was a copywriter in the advertising profession until the early 1980s when he became the editor and Publisher of Pool & Spa News. Bob sold Leisure Time Chemicals in the mid-1980s and was seeking avenues to promote industry education.

The two met at an industry event and the idea for a publication that catered specifically to the needs for the service segment of the industry was developed.

After about a year of planning and setting up the business end of the business, Service Industry News debuted in January of 1986.

Filled with solid, unbiased articles on water chemistry, equipment installation, repair and trouble-shooting and educational opportunities for a segment of the industry that truly wanted and needed the information, the twice-monthly publication was an immediate success story.

Working with but not for industry associations and trade show organizers, Service Industry News fulfilled a need that — not coincidentally — led to a dramatic increase in professionalism in the service segment of the pool and spa industry.

And that good idea that produced Service Industry News nearly 30 years ago is still alive today. That is not to say that everything has remained the same over the years.

Books on water chemistry were published that are still used today to help train service professionals. The company bought the rights to a consumer-oriented book that after updating is still one of the most popular ever sold in the industry.

David bought out Bob’s portion of the company in the 1990s. The paper transitioned to a paid-circulation publication. And three years ago, David and his wife Janice decided to retire. They transferred the day-to-day operations of the publication to a long-time family friend and employee, Carolyn Dibrell.

Carolyn had been running the circulation and publication sales division for several years. She has a master’s degree in economics and teaches micro and macro economics at Saddleback Community College in Southern California.

She also has a rather large family of equally gifted and well-educated individuals who have joined her on the production team.

Two long-time employees of the company are still plying their trade with the company. Doug Walsh, who began as a writer in 1988, is now the publication’s editor and looks after the website at www.serviceindustrynews.net. Lisa Lacey is the publication’s advertising manager, a position she has enjoyed and excelled at for nearly 20 years.

Both have advance college degrees as well. Doug has a B.A. in journalism and a master’s in communication arts. Lisa has a nursing degree, a B.S. in health care management and an M.P.A. in public administration.

The entire team is still dedicated to the publication’s original mission: bringing the best information for and about the pool and spa service industry to its more than 10,000 readers nationwide.