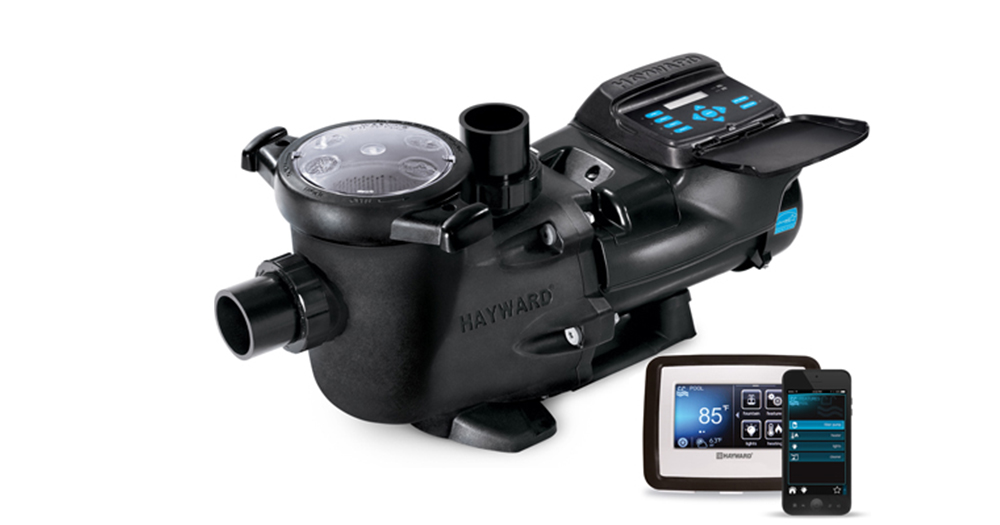 As technology continues to evolve at an ever-increasing pace, more and more people are expecting and preferring to operate home appliances and devices – from heating and audio-visual equipment to security and light bulbs – from the convenience of their smartphone or voice control technologies such as Amazon Alexa.

Pool and spa equipment is a natural next step for the growing demand for smart home automation. Many homeowners are passionate about cooking, relaxing and enjoying time in their own backyards. Most new pools today are constructed with some kind of automation system – but what about the other four million pools that still only have very basic controls, such as timeclocks?

Until now, homeowners wanting to add smart control to an existing pool have been frustrated by the lack of a practical and affordable solution – one that wouldn’t require replacing most of their equipment and creating considerable electrical work. While there have been smart pool automation products available for a number of years, they cannot easily be installed by a pool professional alone and usually require extensive and costly work by a qualified electrician. Also, most pool owners won’t upgrade until a replacement for pool equipment is needed.

The largest category for replacement pool equipment is pumps. Throughout the nation energy providers have been incentivizing pool owners to convert their single-speed pumps to variable-speed models with attractive rebates, often amounting to hundreds of dollars. On top of these up-front savings, variable-speed pumps can deliver incredible energy savings, which reduces electrical bills by as much as 90%.

The introduction of the latest generation of variable-speed pumps represents an unprecedented opportunity for pool pro’s to offer legacy pool owners an affordable smart control solution, while at the same time replacing their pool pump with a more energy-efficient alternative. There’s a range of models available, allowing a simple drop-in replacement for virtually any existing pump.

A variable-speed pump with smart control offers full app management for most people’s entire pool pad, including the pump itself, a heater and pool light. A fourth feature – such as backyard lighting or a booster pump – can also be controlled by adding a second smart relay. And perhaps the greatest convenience for owners of pools with attached spas is the capability to also control two valve actuators, providing fully automatic spa control too.

The bottom line is that a new variable-speed pump with smart pool control can pay for itself in a season or two. And homeowners replacing a single-speed pump can easily and affordably make a whole-pool upgrade which will totally transform their pool experience.

Smartphone control makes it easy for pool-owners and their families to create schedules, adjust settings or turn on favorite themes with a simple touch on their iOS or Android mobile app. By upgrading to the latest generation variable-speed pumps, smart pool control offers a tempting proposition for every pool owner.