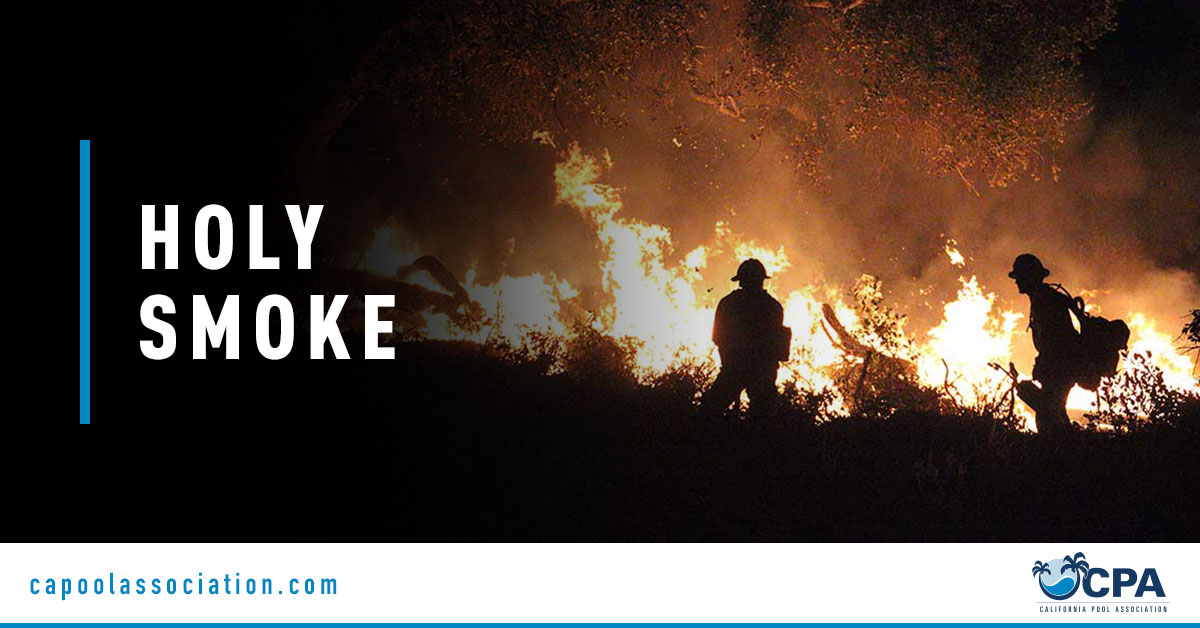 This fire season has been brutal up and down the State of California in recent years. Just last year, the Valley Fire in Napa and Sonoma counties was the result of faulty wiring on a hot tub…it caused $57 million worth of damage. The Sand Fire in Valencia, the Big Sure Fire on the central coast, and the Pilot Fire in the San Bernardino Mountains are only three of the dozens of fires recorded this summer alone.

While the aerial and ground fire-fighting methods are absolutely necessary in saving homes, structures and most importantly lives, they often times result in damages to many residential and commercial pools. The planes that drop fire retardant aren’t concerned if it gets in your customer’s pools, they’ve got bigger fish to fry. So when it happens, where do you start? We asked Ben Honadel from Pools by Ben, Inc. in Santa Clarita for his comments as he was right in the thick of it during the massive Sand Fire. He took pictures of a backyard, hammered by fire retardant, that he and his team were called in to deal with. His steps are outlined below:

Initially, the homeowner was asking for the lowest cost method of treating the water, but there was no getting around draining this pool. The fire retardant was full of salt and phosphates which simply wasn’t treatable. We explained that to the homeowner who was glad we didn’t look for the quick fix. They had no problem paying us top dollar for the work we did on a rush to get their pool back to normal.

Hopefully we don’t have much more of this throughout the remainder of the year…but if it happens we know this info will help put your customer’s backyards back to normal and allow you to make top dollar while doing it.